The New Zealand Recreation Association (NZRA) believes recreation creates great New Zealanders. People who are healthy and well connected to their communities and the environment grow up with the opportunity to pursue their dreams and make lasting contributions to society.

The recreation industry encompasses the people, places and organisations that enable these experiences to occur and the NZRA Awards honour the people who are integral to making New Zealand a world leader in recreation.

The Outstanding Recreation Programme Award was hotly contested and judges gave two merit awards this year. One went to YMCA Auckland for Jumpstart – a 10 week programme of exercise and coaching, targeting diabetic and pre-diabetic people. The other went to Aktive – Auckland Sport & Recreation for their work helping adults understand the likely impact that their actions and attitudes have on children in sport.

The overall winner of the category was Wellington City Council for SHIFT. They have been empowering Wellington’s young women into physical activity since March 2016 and the programme is now being delivered across the region and has built over 70 partnerships with individuals and organisations who are passionate about young women’s wellbeing.

The Outstanding Project Award had 2 merit recipients this year, Auckland Council for the Otahuhu Recreation Precinct and Hastings District Council for Return of the Village Green. The overall winner was Randwick Park - Community Passion: Using Parks to Create a Sustainable Workforce in collaboration with Downer New Zealand Ltd.

Randwick Park is in an area of South Auckland that was historically known more for its crime rate than anything else. Following the redevelopment of the park by Auckland Council, the Randwick Park Community Group put forward an initiative labelled Stepping Stones to engage with local unemployed and unemployable residents to use the newly developed park to provide them with basic skills that would lead not only to maintaining their community assets but to provide a work record that would be attractive to potential employers.

The judges felt that thanks to the frank and helpful learnings provided by Downer this type of initiative could easily be adopted in other similar communities throughout the country.

YMCA Auckland won the Outstanding Event Award for the Albert-Eden Schools Cultural Festival. In November 2016 the Mt Albert War Memorial reserve was transformed into a vibrant multicultural area with a wide mix of stalls, food vendors, activities and school performances. The cultural festival has been running for the past 8 years and has seen increasing community engagement not just from those attending, but from those participating.

There were 2 merits given before the overall winner of Outstanding Recreation Facility was announced. Lincoln Events Centre, managed by Selwyn District Council and Mt Albert Community & Leisure Facility managed by YMCA of Auckland were the recipients.

The ASB Sports Centre, managed by Wellington City Council won the overall award. The Centre prides itself on being community focussed; hiring out space to groups, clubs and regional sports organisations seven days a week rather than restricting the number of days available to them, so it can take on more lucrative conferences and expos. Despite this, the Centre has impressive financial results which it has secured through innovative thinking and programming to ensure continual growth.

Merits in the Outstanding Park category were given to Otari Native Botanic Garden & Wilton’s Bush Reserve and Kopurererua Valley. The award winner was Auckland Botanic Gardens, which spans 64 hectares and is home to more than 100,000 plants from around the world. With hard work and creative thinking, it has seen visitor numbers increase from around 365,000 per annum in 2005 to 1 million in 2016.

Peter Watson was made a Fellow of NZRA for his 36 year commitment to the sector, working across parks and facilities in New Zealand. Peter was involved in the establishment of the Hamilton Gardens and has been part of a number of award winning teams over the years. He was instrumental in forging stronger relationships between council and local iwi and has been a member of NZRA since its creation.

The Paul Stuart Memorial Award was given to Paul Tredinnick. Paul has been involved in the sport and recreation sector for over 35 years, starting out in education, working across both central and local government and for a time even for himself. He is currently the CEO of the award-winning Marlborough Stadium and freely gives his time to mentor, peer review and advise others on projects they are involved in.

The Mark Mitchell Memorial Trophy was awarded to Glenn McGovern. Glenn has worked across the sector for 29 years and has played a key role in developing Wellington recreation facilities over the last 2 decades.

Michael Ayrton was the recipient of the Ian Galloway Memorial Cup. From his early days as Recreation Planner for the Forestry Corporation, Michael has been making a difference in the parks sector and has held his current role of Park Director for the Cornwall Park Trust since 1991. He has worked tirelessly for the Parks Forum and forged strong relationships with international parks agencies to further the sector in NZ.

Julia Watson was named Emerging Recreation Leader for 2017. Julia has held the position of Education and Partnerships co-ordinator at the Auckland Botanic Gardens for three years. During that time Julia has revolutionised the way large displays in the visitor centre and site wide themes are run. Her focus on establishing strategic partnerships has seen a number of large scale events delivered at little or no cost to the Gardens these have been a huge draw card for both new and returning visitors.

The NZRA Awards were presented at an awards dinner held last night at the TSB Showplace, New Plymouth during NZRA's Recreation Conference. A full list of award winners is available below. 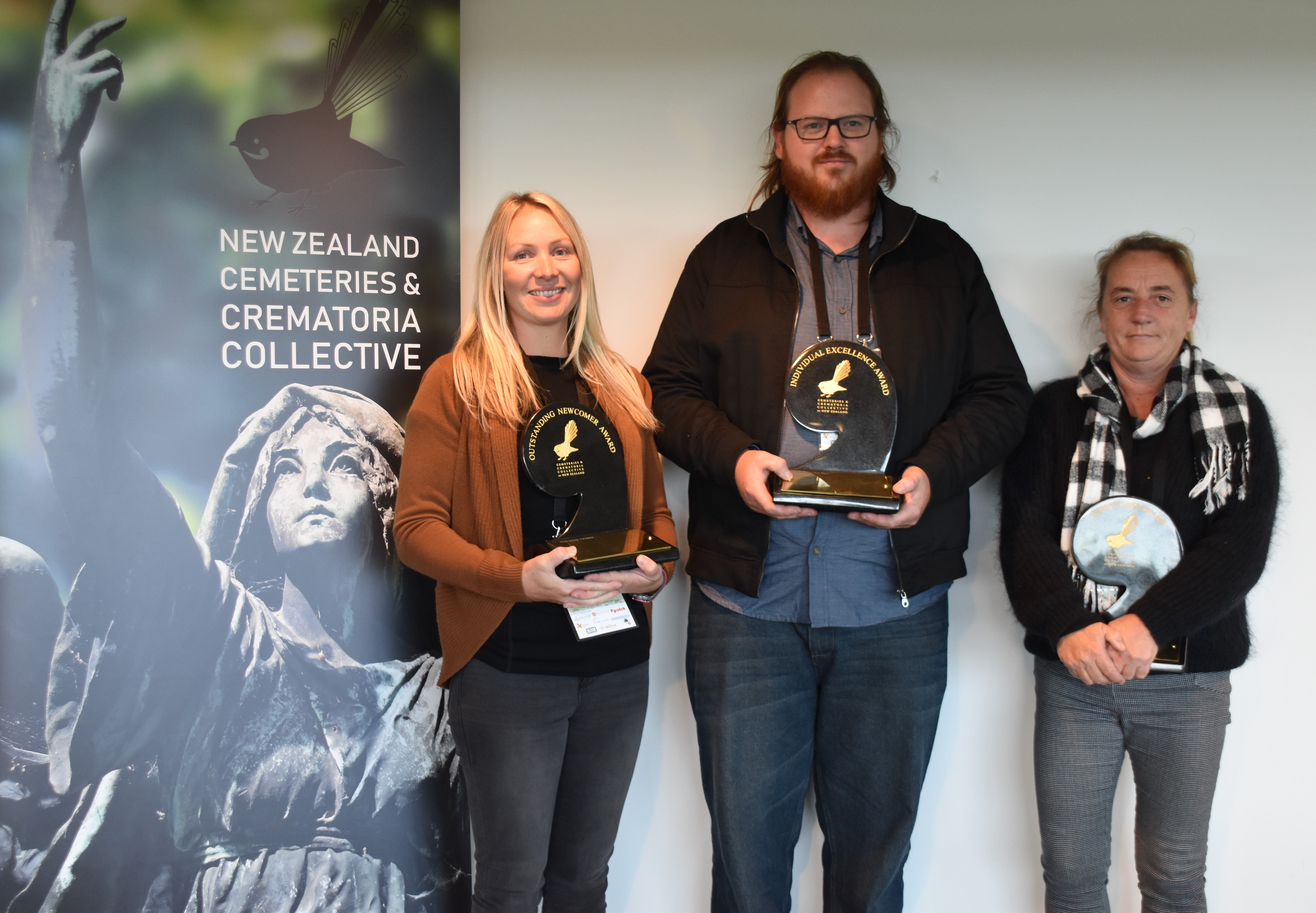