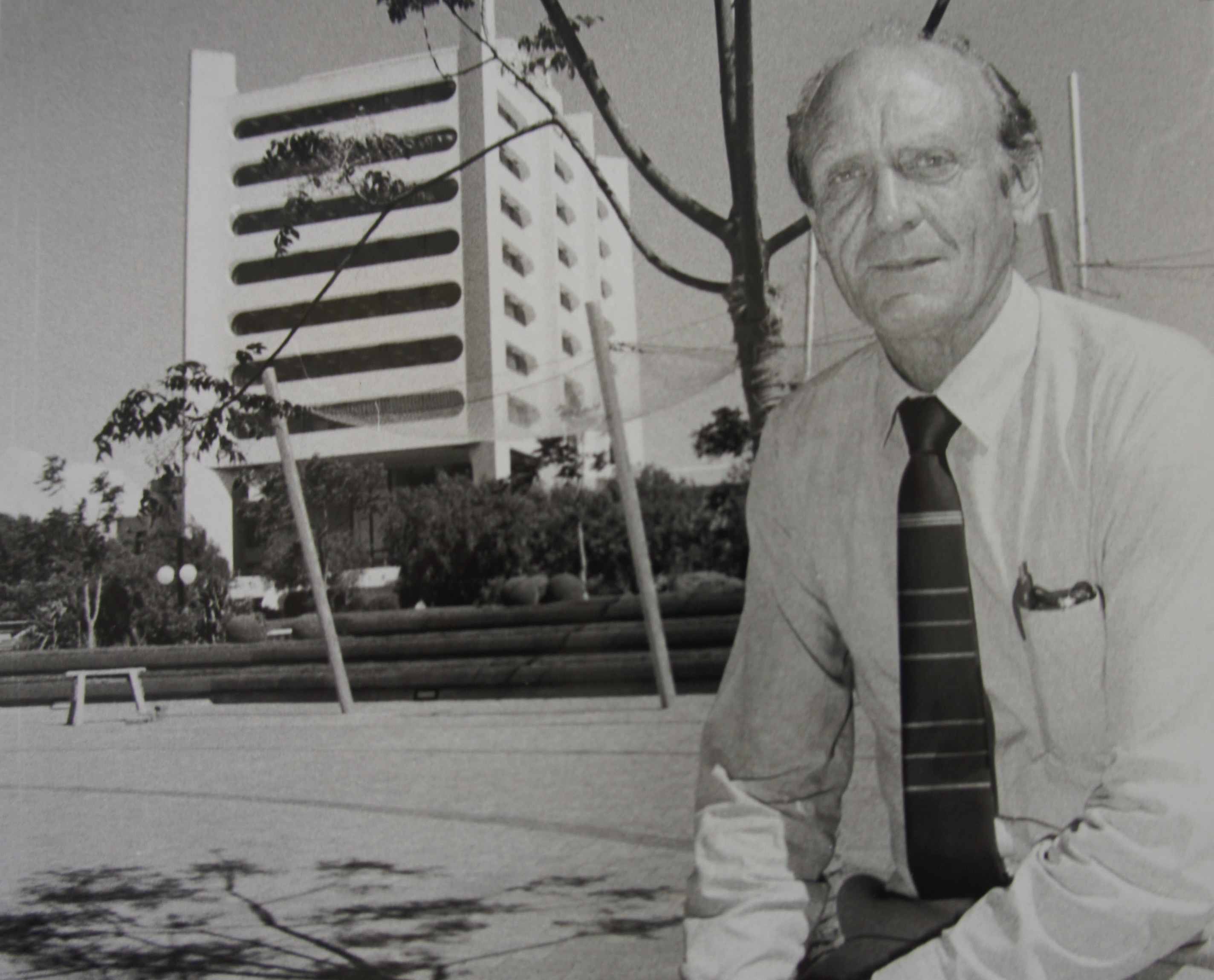 Described as a pioneer and mentor by many of his peers, during his time as superintendent he was responsible for the development and management of Manukau's parks.

His early career was in the nursery industry.

Initially apprenticed with Duncan and Davies, New Plymouth. He furthered his training at the Royal Edinburgh Botanical Gardens for three years followed by seven months in a nursery in Boskoop Holland.

He then briefly worked for J.N.Anderson, Napier before six years with Harrisons nurseries in Palmerston North.

Followed by 5 years with the Ministry of Works Hamilton as a Landscape advisory officer.

In 1966 he joined the new Manukau City formed from the amalgamation of Manurewa Borough and Manukau County and for the next 26 years during a period of unprecedented growth was responsible for the development, maintenance and use of the parks.

Not only did he leave his mark on the park landscapes but also through the culture and attitude of staff that he influenced.

During his time many horticulture apprentices were trained and several of his staff went on to positions of responsibly in other City's parks departments throughout New Zealand.

It was fitting that Boggust Park, Lenore Rd, in the Favona area of Mangere was named after him in 2010.

It is part of the 51 ha Mangere Hospital and Training Centre, Robertson Road, that he was involved in landscaping when working for the Ministry of Works prior to joining council.

When Ralph received his Diploma, he was the recipient of both the Cockayne Gold Medal and the David Tannock memorial prize. It was the first occasion that these were awarded to the same person in the same year.

During the years 1966-1992 he was the New Zealand Commissioner for the International Federation for Parks and Recreation Association.

In 1982 he attended the Spain International Federation of Parks and Reserves Administration conference.

1975 he made a Fellow of the New Zealand Federation for Parks and Recreation Administration. And made a life member of the organisation in 2009, now known as Recreation Aotearoa

In 1985 he was made a Fellow of the Royal New Zealand Institute of Horticulture.

From scratch, he gradually built up the department. Initially taking responsibility for all the development work until development staff and landscape architects were appointed.

He established a large production and holding nursery to supply trees and plants required to improve the amenity of the city. Brilliant annual floral beds were a feature for many years and much appreciated and admired by residents.

Once developed the parks were maintained by in house staff until 1990, with total numbers reaching 130 before the present system of contracting out came into being.

Ralph supported the concept of developing community facilities as part of the parks and reserves network particularly in new urban areas. This not only included sports clubrooms but others such as kindergartens ensuring zoning was provided for the same.

He was responsible for the employment of Park Rangers, though initially Council turned down the idea of uniformed Rangers. They were rostered to be on the parks when they were being used, that is out of office hours and in the weekend. This was far sighted as it gave confidence to Park users to be able to identify these parks staff. The Rangers could see and know what was happening on the parks, and not just offer a reactive service.

At his retirement one of his staff summmed his contribution by saying:

"Your love of parks and your integrity of purpose has left a lasting impression on us all. Your legacy will not only be the parks and gardens you have created and have become the signature of Manukau but also the culture and attitudes and above all the people you have influenced."