The best parks in New Zealand were recognised last week at the 2019 NZ Parks Awards held by Recreation Aotearoa.

"We wanted to continue the momentum created by a number of popular playgrounds installed around Hamilton in the past five years, with the goal to take the learnings of the previous projects and provide even better community outcomes," Barrie said.

The Ohakune Carrot Adventure Park was awarded Healthy Park of the Year. The judges said that the carrot park was a wonderful case in point of what a small community can achieve with focused dedication to a communally accepted vision.

"The degree to which the Carrot Park was initiated and progressed by the Ohakune community along with their involvement in its on-going development and maintenance was recognised by the judging panel," Van Orden said. 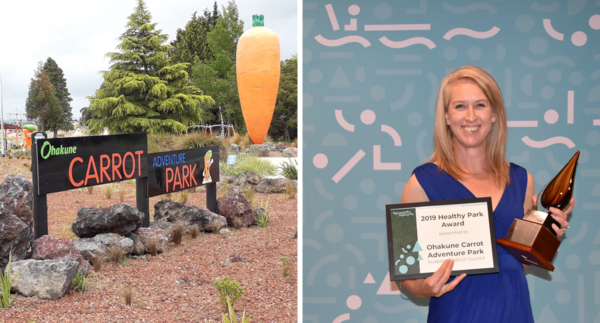 Horowhenua District Council Parks and Property Lead North, Sean Hester, says the award is official recognition of what has been a very successful project.

"The pump track has been hugely popular with locals and visitors alike since it opened in March last year. We've had overwhelmingly positive feedback from track users, as well as from people with limited mobility. We asphalted pathways surrounding the pump track as part of the project, and people who use wheelchairs and mobility scooters have told us they have greater access to the park as a result." TECT All Terrain Adventure Park was recognised as the best Green Flag park in the country. The award represents the standards set by the International Green Flag Award programme and is awarded to a park that continues to meet the Green Flag Award criteria.

Western Bay mayor Garry Webber said in a statement this top achievement was the icing on the cake - coming on top of Green Flag Awards achieved by the park for the last five years.

"TECT Park, by its location and amenity value, is drawing increasing visitors from our region and further afield. Many are visiting and staying overnight to experience the park. While the location is great, we are also fortunate to have an operations team that ensures the park meets the highest of standards and is always looking for new ways to add value to the visitor experience."

Invercargill City Council were presented with the Parks Week Marketing Award in recognition of their fantastic campaign encouraging their community to enjoy their local parks during Parks Week 2019.

Karl Nesbitt, Parks & Open Spaces Manager at Recreation Aotearoa said, "We felt that the marketing showed the inclusive way that the council and the community was brought together to promote their parks this year". 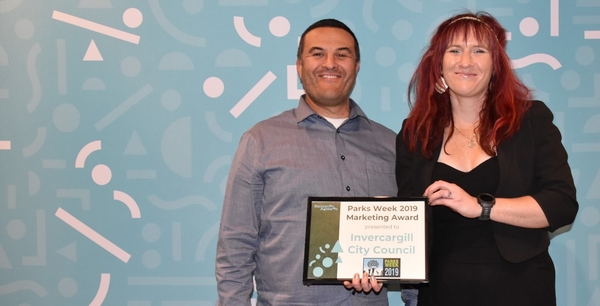